Will they ever stop? Whenever radicals claim another victory in dismantling social norms such as celebrating homosexual behaviour, imposing same sex marriage and coercing us to take pride in the latest milestone, individuals of a more traditional bent think this time they’ve gone too far. And we have always been wrong. After every victory those who are intent on dismantling Western culture move on to the next battlefront.

In the West today, the debate over the abstract term ‘gender’ is about as toxic as it gets.

On one side there are women, keenly aware that many hard-won rights and entitlements are grounded in biological sex. Feminists who have campaigned for women’s equality have generally affirmed conventional definitions of the terms sex and gender.

On the other side are trans activists who subscribe to more fluid ideas about sex and gender. They hold that people have an innate ‘gender identity’ which can differ from the sex they were ‘assigned’ at birth. Trans activists believe that men who identify as women and women who identify as men should have access to the rights and entitlements of the ‘gender’ they affiliate with, even if their biological characteristics would forbid such access.

We naturally resist the idea of governments censoring what we may hear, read or say. This is something which happens only in totalitarian countries such as communist states, where what can be circulated is tightly controlled so that only the official standpoint is allowed public exposure. Totalitarian regimes find censorship essential. If people are exposed to contrary ideas they may start thinking for themselves and reject the officially approved line.

Thankfully there have been a few roadblocks recently placed on the pathway of the seemingly inevitable progress of woke culture. Two in particular this past week have brought cheer to those who stubbornly cling to common sense.

A decision on Tuesday in the High Court in London will have immediate impact on the lives of confused young people. It was ruled that children under the age of 16 were unlikely to be mature enough to give informed consent to being prescribed puberty-blocking medication. The judges also ruled that even in cases involving teenagers under 18, doctors may need to consult the courts for authorisation. As a result of the judgment the Tavistock clinic immediately suspended new referrals for such drugs for under-16s.

Religion is flourishing amongst the youth of the West, and a particularly intolerant fundamentalist religion at that.

Our schools and universities are raising religious zealots who are more than willing to seek out and punish heretics. They are the missionaries of the woke generation who are out to convert the world. They are passionate, true believers with blind faith in their beliefs, they hold their doctrines wholeheartedly and are ever eager to spring into noisy action; unbelievers will be brought to heel.

The Church of Intersectionality has a stranglehold on our education and media, with chaplains in every school and university department and preachers in every studio and newsroom.

In the last few years transgender rights have become the hot button issue in the culture wars. Why has this issue sprung from nowhere?

END_OF_DOCUMENT_TOKEN_TO_BE_REPLACED

Globalisation This is the worldwide process of growing collaboration and amalgamation among people, companies, and governments. Whilst primarily an economic process of interaction and integration, globalisation has profound social and cultural implications. END_OF_DOCUMENT_TOKEN_TO_BE_REPLACED 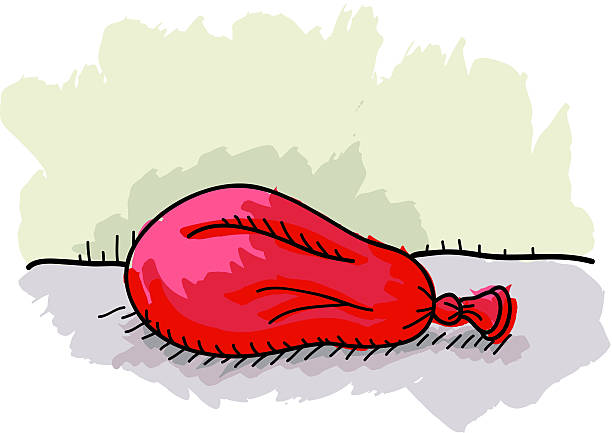 For a father to be convicted of acts of violence upon his daughter is exceedingly serious. What was the nature of the violence? Did he beat her? Make her walk to school barefoot in the snow? Was it perhaps even worse, sexual abuse? None of these. The father had referred to his daughter as a girl. END_OF_DOCUMENT_TOKEN_TO_BE_REPLACED

Your church can sponsor art events, give with astounding generosity to the poor and be generally considered by the community a ‘cool place’ to worship. Step over the line and it will be branded a church of bigotry and hate by tolerant progressives.

The Crossing, a congregation of the Evangelical Presbyterian Church in Columbia, Missouri, has always been actively involved for the good of its community and the wider world. Last August it raised $430,000 to pay off the medical debts of 42,000 patients in Missouri; a sponsor co-operated with the church so the total of forgiven loans was in the millions. The Crossing supports many local organisations which assist those in financial need, and plans annual mission trips to partner with effective ministries in countries with great poverty. END_OF_DOCUMENT_TOKEN_TO_BE_REPLACED

This week an employment tribunal ruled that belief in the Bible was ‘incompatible with human dignity.’ The ruling puts Christianity on the same footing as racist and neo-Nazi beliefs which are also considered ‘not worthy of respect in democratic society’.

That statement came in the judgement of a case involving Dr David Mackereth, 56, a Christian who has given exemplary service as an emergency doctor to the National Health Service for 26 years. Dr Mackereth claimed he was removed from his job with the Department of Work and Pensions (DWP) in late June 2018 after his boss ‘interrogated’ him about his personal religious convictions. END_OF_DOCUMENT_TOKEN_TO_BE_REPLACED

Edward Gibbon famously found a major cause of the decline and fall of the Roman empire in the rise and influence of Christianity. He argued that the milksop Christians, with their turning the other cheek and practising forgiveness, sapped the strength and vitality of the vigorous sturdy pagans who had created a mighty empire by slaughtering anyone who stood in their way.

Today, at a time which seems increasingly like the decline and fall of the West, we face the opposite situation. This time society is crumbling not because of Christianity but in opposition to Christianity. There is a determination amongst the progressives who control society to shrug off all vestiges of the culture created by Christians. These include the distinction between male and female which is fundamental to society, and the family which is the bedrock of Western civilisation. END_OF_DOCUMENT_TOKEN_TO_BE_REPLACED

A Grain of Sand
Blog at WordPress.com.
Loading Comments...